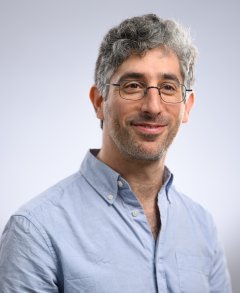 Achiya Elyasaf is a Lecturer at the Software and Information Systems Engineering Department, Ben-Gurion University (BGU), Israel. He received his academic degrees from BGU, all in computer science, and was a postdoc fellow in David Harel’s group at the Weizmann Institute. In 2021, he co-founded Provengo technologies which provides software-testing solutions based on his expertise in software engineering (SE) and artificial intelligence (AI).

Dr. Elyasaf developed Context-Oriented Behavioral Programming, a novel paradigm for developing context-aware systems centered on a natural and incremental specification of behaviors. He also developed an approach for utilizing expert knowledge for evolving solvers to combinatorial games. This work was recognized as one of the most important achievements of AI in games, placed next to famous achievements, such as the win of Deep Blue over Kasparov and the win of Watson in Jeopardy! (N. Bostrom, 2014. ``Superintelligence: Paths, Dangers, Strategies''). In his current research, Dr. Elyasaf seeks new synergies between SE and AI to improve their interoperability and contribute to both.