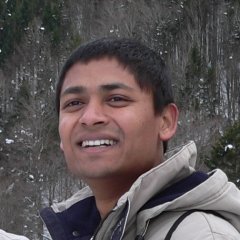 Prof. Aviral Shrivastava is Associate Professor in the School of Computing Informatics and Decision Systems Engineering at the Arizona State University, where he has established and heads the Compiler and Microarchitecture Labs (CML) (http://aviral.lab.asu.edu/).

He received his Ph.D. and Masters in Information and Computer Science from the University of California, Irvine, and bachelors in Computer Science and Engineering from Indian Institute of Technology, Delhi. He is a 2011 NSF CAREER Award Recipient, and recipient of 2012 Outstanding Junior Researcher in CSE at ASU. His works have received several best paper nominations, including at DAC 2017, and a best student paper award at VLSI 2016. His students have received outstanding Ph.D student award in CSE@ASU in 2017, and outstanding MS student award in CSE at ASU in 2012 and 2010.

Prof. Shrivastava’s research lies in the broad area of “Software for Embedded and Cyber-Physical Systems.” More specifically, Prof. Shrivastava is interested in topics around i) Compilers and microarchitectures for heterogeneous and many-core computing, ii) protecting computation from soft errors, and iii) Precise timing for Cyber-Physical Systems. His research is funded by NSF, DOE, NIST, and several industries including Microsoft, Raytheon Missile Systems, Intel, Nvidia, etc. He serves on the organizing and program committees of several premier embedded system conferences, including DAC, ICCAD, ISLPED, CODES+ISSS, CASES and LCTES.